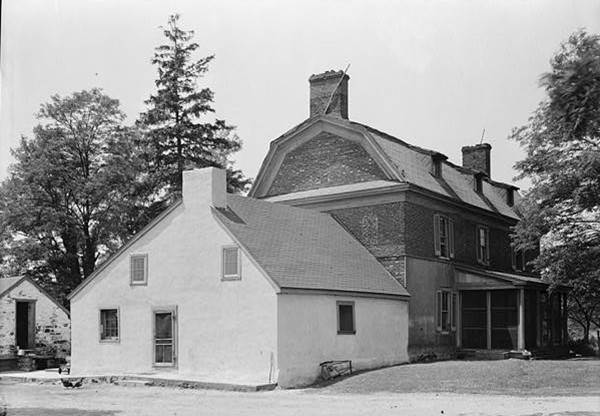 Joppa is a former town and current planning region of Harford County, Maryland. Joppa was founded as a British colonial settlement in the early 18th century, and takes its name from the biblical town of Joppa (Jaffa, Israel).[2]

The town of Joppa on the Gunpowder River traded internationally in agricultural products, especially tobacco. At its peak, the port was home to about 50 homes, a church, prison, inns, shops, schools, armament factories, and warehouses. However, with the rise of Baltimore and Annapolis, Joppa declined as a port, and was slowly abandoned. By 1815, all that remained were ruins, and the surviving Rumsey Mansion.

In 1962, Joppatowne, one of the first of a new generation of planned unit developments (PUD) in the United States, was launched by the Panitz Company.

McComas Institute was listed on the National Register of Historic Places in 1980. Olney was listed in 1987 and Whitaker’s Mill Historic District in 1990.

The colonial home of Benjamin Rumsey, influential landowner and member of the First Continental Congress. Erected in 1720-24 with bricks imported from England. It remains an outstanding example of Colonial Georgian architecture.